Creglingen “It makes us proud that a company like KARL SCHNELL is expanding in such times of crisis,” said Creglingen’s mayor, Uwe Hehn, beaming at the symbolic ground-breaking ceremony for a new production hall in the industrial park. This is a positive signal even in difficult times, he said. The long-established machine manufacturer is currently expanding the production area in the existing assembly hall. Completion is still this year.

KARL SCHNELL is a global player. The export share of the highly automated systems used in the production of food is around 85 percent.

The Creglingen operations manager Philipp Schnell, son of owner and managing director Dr. Ernst Otto Schnell, initially thanked the city of Creglingen for their excellent support in the preliminary planning. He said he was happy that with the ground-breaking ceremony “the knot has been tied and things can get started”. Another production hall with a size of around 90 by 30 meters and thus an area of around 2800 square meters will be built.

With the completion of the new hall, the permanent staff of around 200 employees will increase by a further 40 skilled workers. There can be no talk of declines in sales as a result of the Corona crisis at KS – on the contrary, we are truly being overrun, according to the fitter’s assembly foreman, Fabian von Schenk. Since it is almost all about highly automated individual systems, skilled workers are of course also needed for the newly created jobs, primarily welders and fitters.

The concluding wish of all was to see each other again in good health at the inauguration of the multi-million project in November 2021. 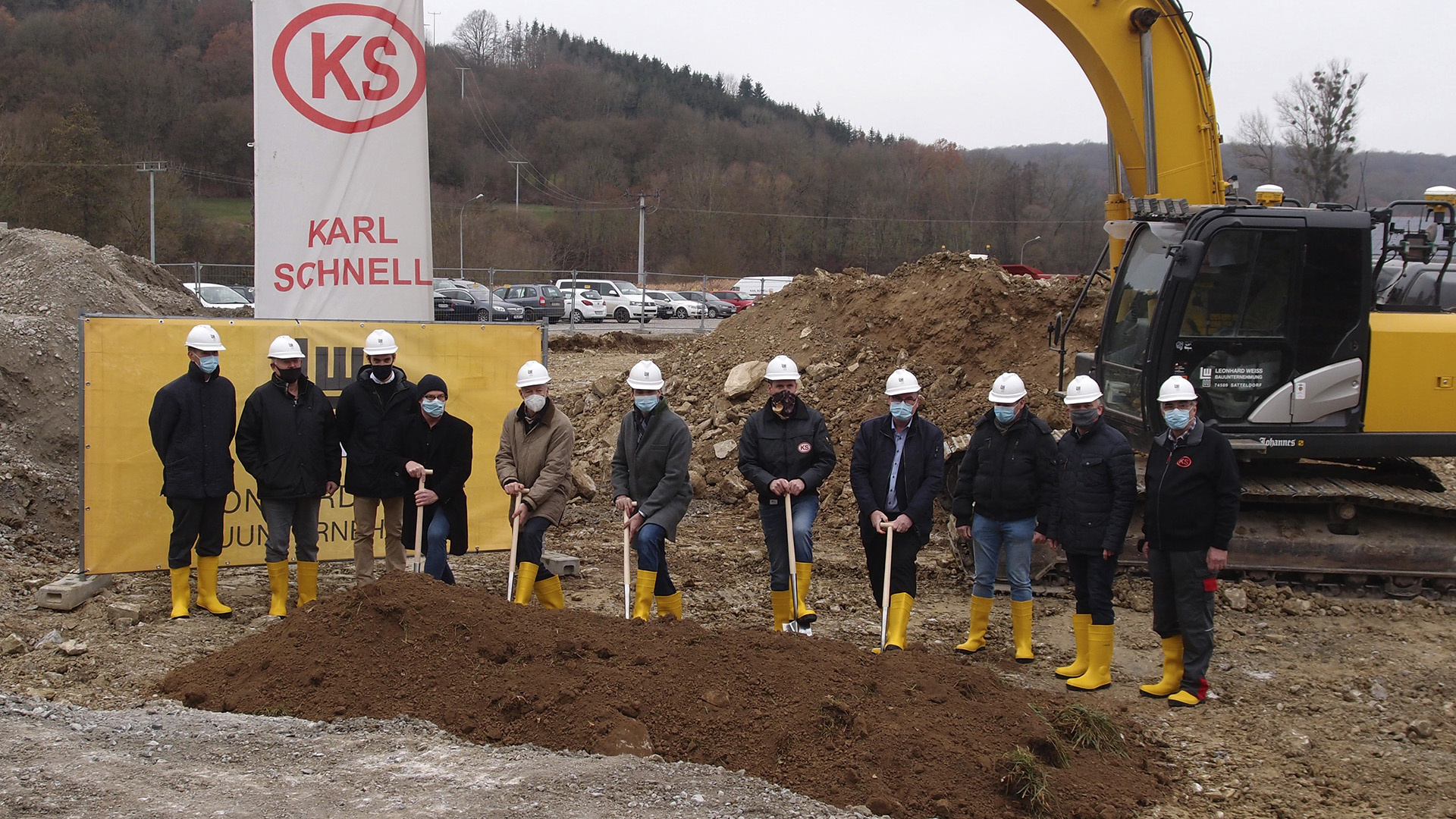